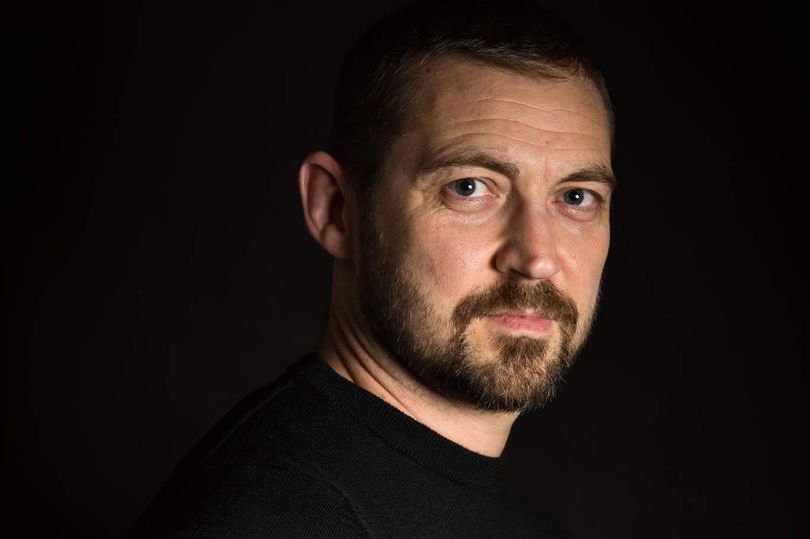 Posted by Hebe Cockcroft on 16th August 2018 | Featured | No Comments

A former fighter making a new career for himself as an actor has battled his way back to health after being struck down with sepsis.

Lee Shone, from South Shields , went to hospital with back pain which went undiagnosed for some time before medics pin-pointed the life-threatening condition.

As a former no-holds-barred fighter in his youth, the dad-of-four had been used to suffering pain but says of the experience which worried his family: “It was an absolute nightmare.

Now, having been out of action during his treatment which has just come to an end, Lee is re-focusing on his rising career which has taken him from Tyneside to the world of Hollywood.

Having set out just a few years ago to make his mark in acting, Lee now has supporting roles in five feature films – including Death Race 4 – under his belt and has just signed up to a new London agent, Dover Street Talent, which is set to open further doors.

As an ex-fighter and also a former lightweight mixed martial arts champion , Lee – whose day job is as an emergency response abseiler on oil rigs – has plenty strings to his bow which he can draw upon in action roles.

And his talents soon came to the notice of the film industry, including Oscar-nominated star Tom Hardy who, clearly impressed with Lee’s fighting history, was photographed at a press conference for his film Legend wearing a T-shirt emblazoned with his name.

And in Death Race 4: Beyond Anarchy – for Hollywood’s Universal Pictures – the 42-year-old had a cameo role as himself, while a character based on him also appears in the latest of the Meg series of prehistoric shark books written by Steve Alten.

With the new film adaptation The Meg proving a hit in cinemas, Lee is hoping to have the chance to appear in an upcoming instalment – Meg Generations – in the franchise.

But his interest is in developing a range of of different kinds of characters and he was delighted when, following a hard man role as Trevor Lemon in My Name is Lenny – a film based on the true story of bare-knuckle fighter Lenny McLean and starring Josh Helman alongside Nick Moran and the late John Hurt – he got to play a yuppie in this year’s thriller Accident Man.

Other recent roles have included a customs manager in crime film The Corrupted and a bar owner in political thriller Perfidious as well as a big Sony video game.

His daughter Olivia – at 13, an aspiring actor herself – has also secured a role in Perfidious. The film, starring Rutger Hauer – as well as Columbian actress Carolina Gaitan – is in pre-production and Lee is looking forward to meeting the Blade Runner actor and star of chiller The Hitcher.

Lee soon will be working on a new project with his new manager Dover Street Talent, which has also managed the likes of Sam Smith and worked with Jessie J and is to help him further build his profile.

“They’re managing me and have a big project starting in the upcoming weeks so it’s very exciting,” said Lee.